Koo is a Personal Updates and Opinion sharing micro-blogging platform. Discussions are around interesting topics. It empowers people to express their thoughts in Indian languages with a strong knit local Indian community.

Koo is a made in India social media platform similar to Twitter. Download Koo apk for Android

Koo has been declared as an AatmaNirbhar App and in 2020 it won the AatmaNirbhar App Innovation Challenge held by the Government of India. PM Narendra Modi also encouraged Indians to use the Koo App in his Mann Ki Baat on Sunday.

Prime minister of India, Most of the central ministers, Bollywood Celebrities, Cricket Players are now using Koo app instead of Twitter.

– Discuss your Thoughts/opinios with your folly
– Share your opinion on any topic in Indian languages
– Follow Bollywood actor and actress, Popular Journalists, Politicians, Cricketers, Actors / Actresses, Social Activists and other famous people for their latest updates
– View your feed in your native language from people you follow.
– Trending #

Koo is an app built for Indians to share their views in their Native Language and have meaningful discussions on important issues. Koo is a Made in India as per the Vision of Govt. Of India of being Vocal for Local. You will definitely enjoy using this app as much as we enjoyed designing and developing it.

Lets make it a Professional and Powerful Platform to Share thoughts in Our Own Languages. 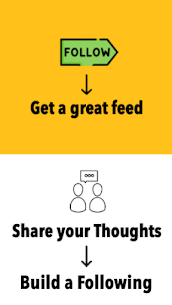 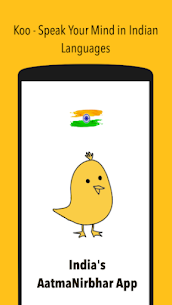 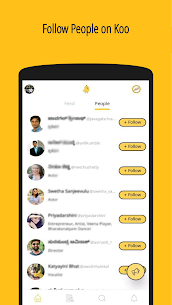 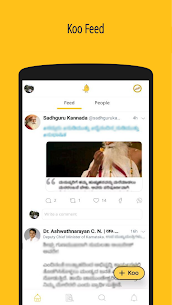 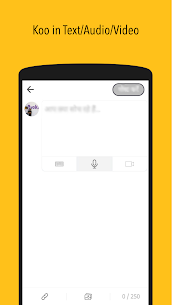 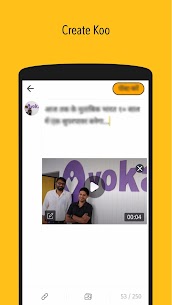 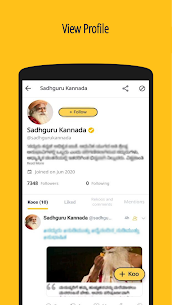 Koo - The voice of india